How to Understand the Meaning of Bisexuality 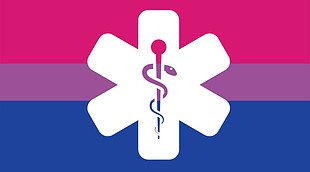 I know I am a little late but Happy Bisexual Week!! Better yet, Happy Bisexual Month! It is a pleasure to talk about a subject with such social, cultural, and historical relevance. Above all, keeping an open mind and exploring all the options of what it means to be mindful is nothing short of fascinating. And, that’s the purpose of this article: to debunk the myths shrouding the ever-invisible B within the LGBTQIA+ community. In other words, to celebrate this occasion to the utmost extent, we must learn how to understand the meaning of bisexuality.

First and foremost, I just wanted to set the record straight, or GAY!

Yes, that’s correct. It feels so freaking great to type those words out. Matter of factly, this is an emancipating process. I digress, but I almost wonder if this is a part of the kundalini awakening process. Cool, soothing energy gushes out of my pores as we speak. I hope you feel this – especially when this article is signed, sealed, and delivered.

Nonetheless, I struggled with identifying as a bisexual male. Because of this, I experienced an acute sense of depression. It’s the equivalent of having your feet stretched out on two different sides of tracks. No matter how much I tried, I did not belong to either the gay or the straight community. To make matters worse, people viewed my presumed sexual orientation in terms of black and white. People either think I am straight or gay. Of course, bi-erasure is no fun. 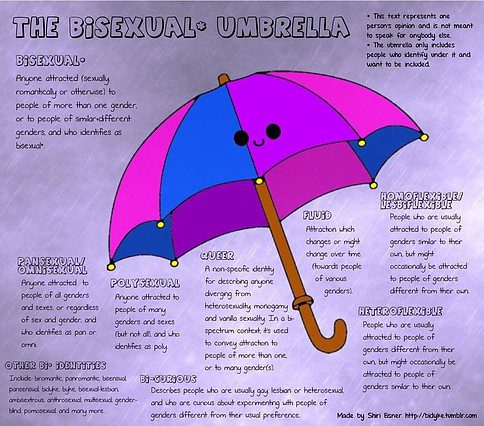 It irritates the hell out of me when people do not customize their filter to perceive sexuality in terms of a spectrum, a bisexual spectrum. That said, bisexuality does not necessarily mean someone is equally attracted to both genders. A bisexual individual can still prefer one gender over the other at different intervals. Also, bisexuality includes people who are mostly straight or gay. Whoever said that bisexuality is a fifty-fifty split needs a goddamn psych evaluation – real life is far from this overtly romanticized lie.

As such, I used to identify with the pansexual label above all else. Matter of factly, family, friends, and acquaintances exposed me to a growing concept known as pan-erasure. For instance, people spit and probe, “So, how can you like everything?” “What is pansexuality? I’ve never heard of that!” or perhaps, “So does this mean that you like children?” Of course, pansexuality and pedophilia are two disparate topics. Sexual orientation does not correlate with whether someone finds minors attractive.

We must understand pansexuality to understand bisexuality. Pansexuality means that someone likes others based on their personality or experiences an emotional, sexual, or romantic attraction to others regardless of their gender. Perhaps this individual would love someone just as much, if not more, for transitioning to the opposite gender. Why not love someone despite who they are and instead love them because of who they are?

How to Understand the Meaning of Bisexuality: It isn’t Transphobia or Binary Attraction 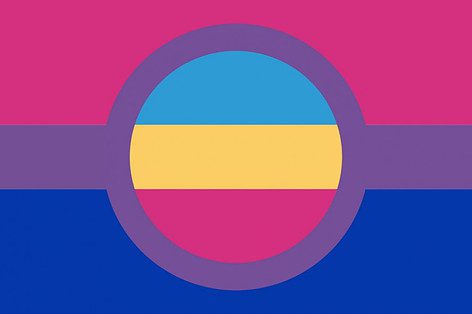 One of the most valuable lessons I learned about bisexuality is that it does not imply transphobia or binary attraction. Quite the contrary, bisexuality means that an individual is attracted to two-plus genders, including non-binary and trans persons. However, bisexual people do have preferences. That is one of the main reasons, other than finding it more comfortable, why I am now identifying more with bisexuality.

For instance, a bisexual person can prefer both genders equally but for different reasons. I find men more physically appealing than women. On the contrary, women are more romantically and emotionally attractive. In other words, I kid, men are blood, women are fine wine. I digress, but sometimes I refer to myself as a Twilight-Esque half-vampire. Except, male vampires have venom in this universe – as misogynistic as it sounds, female vampires neither have venom nor fangs. Anyways, I wonder what venom symbolizes within the context of this article.

It is a common misconception that bisexual women – arguably the most vulnerable persons in the community – and bisexual men prefer men. In other words, everybody loves dick. Everybody loves to hop, bump, and grind on the magical d-train. In reality, bisexuals are not necessarily more attracted to men – this depends on what the person prefers.

Also, preferences exist, but who the hell chooses to be bisexual? Who decides to neither fit into either, yet supposedly have the best – and worst – of both worlds? What if we are all born bisexuals before heteronormative patriarchy conversion?

Understanding the Closet of the Bisexuals 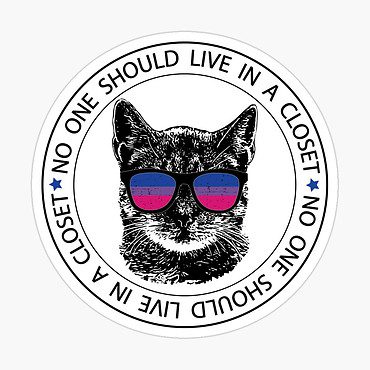 We – the badasses who put the Bi in ***** and Bisexual – feel obligated to come to terms with who we were born to be. Because of this, bisexuality is not necessarily a phase. Some experiment with their sexuality and declare that they are straight or perhaps gay. Others go through different straight and gay periods in their lives. Nonetheless, especially for the latter, they are still bisexual. Essentially, it does not matter if a bisexual is in a straight and gay relationship; they are bisexual – nothing changes that reality!

However, I think it is important to note that biphobia is no better than homophobia. Bisexuals tend to have worse mental and physical health than gay and lesbian persons. For unenumerated reasons, this statistic perpetuates because not only are bisexuals not accepted by the straight community, but the gay community also scathes them. In other words, society classifies bisexuals as being neither straight nor gay enough.

Speaking of phases, perhaps bisexual men are the most re/closeted of them all. Of course, this depends on the environment that fostered them to be the person they must be, or else. For instance, if a bisexual male prefers women, they might conceal they like men too – the same can apply to bisexual women. Perhaps a religious, conservative background raised this man. So, he hides his sexuality to keep himself, his identity, and his love affairs underneath the sun.

Yet, if there is one thing I agree with concerning this cishet (Cisgender-Heterosexual) construct, it is the following: the dark must become light. In the end, is it worth it? Is it worth postponing the inevitable only to encounter more of the same persecution, ignorance, and hatred, and then some? Why lie to everyone until lying is no longer an option?

How to Understand the Meaning of Bisexuality: Undressing the Stigma 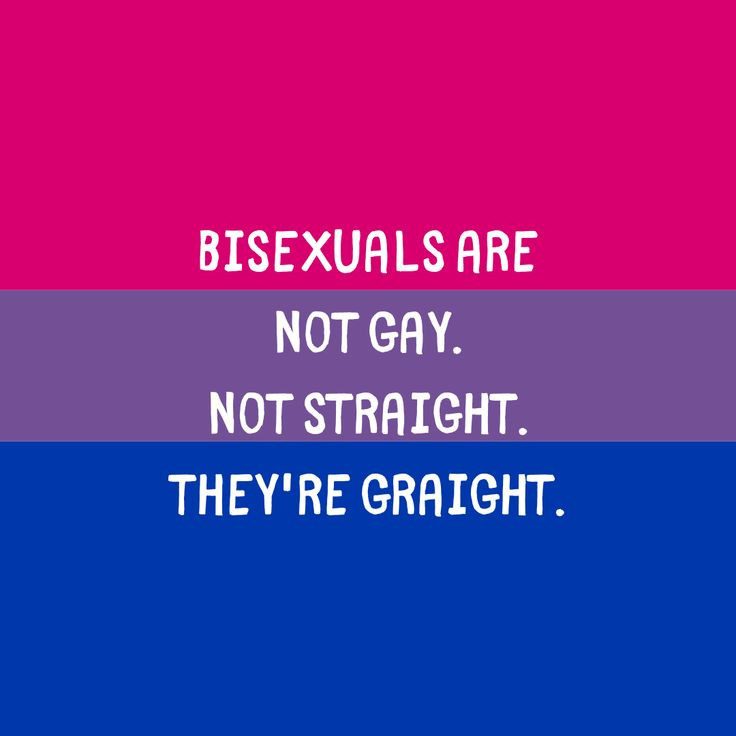 Then again, we must do what we think is in our best interest, open or otherwise. Perhaps it does not matter what anyone else thinks. After all, isn’t our first instinct to preserve ourselves before all the rest? For the lack of better words, you’d have to be hard-pressed to not agree with the bisexual man who wants to save his ass!

Either way, it is challenging to date people of the opposite sex – this is especially true for bisexual males. In my experience, some women don’t want to be involved with a bi guy. They are either opposed to it or fear he will creep out on her with another guy. Interestingly enough, other women prefer their man to creep with another man versus another woman. Hm, I wonder why?!!

As such, bisexuals are no more likely to commit adultery or infidelity than the average straight or gay person. Matter of factly, bisexuals might be better with committed relationships because they understand the implications and ramifications of the bi scrutiny best. One of the best advantages of non-monosexual persons is that they do not limit who they love concerning how to express their sexuality. Of course, bi-curiosity, heteroflexibility, homoflexibility, and an open mind exist either way. Nonetheless, there is nothing wrong with embracing the art of the equal opportunity lover (EOL)!

How to Understand the Meaning of Bisexuality: If anything, we are what is right with this world. More importantly, we are the best of both worlds and then some. 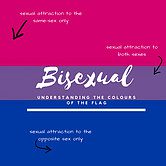 In the end, I also wanted to clarify that one does not have to be sexually active to know who one is and what one likes. One of the most insidious myths of bisexuality is the promiscuous ideology. An intelligent species, all we need is emotional intelligence to understand how we feel and why this is important.

That said, whether you or someone you know is bisexual, please know that you are worthy, valuable, and amazing just the way you are. So, how to understand the meaning of bisexuality? First and foremost, we must debunk what it is not.

Above all, how does this pertain to meditation? Well, meditation encapsulates acceptance, letting go of what no longer serves, aligning with a higher purpose, and coming into the light of who we are. Because of this, bisexuality is the meditation of illuminating who we are and synthesizing both sides of the track – it’s a railroad. Then again, bisexuality is Violet from The Incredibles – we are not as rare as people think, yet our understated commonality is what makes us SUPER!!! 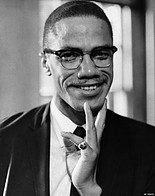 I used to say that I like men, I love women, and I adore people. However, why can’t I give love to two or more genders and open my heart and mind to receive the same luxury of a lifetime?

At last, “I am black and beautiful and BISEXUAL!”

Why not turn over a new leaf and embark on the journey: how to understand the meaning of bisexuality?