What is National Coming Out Day? 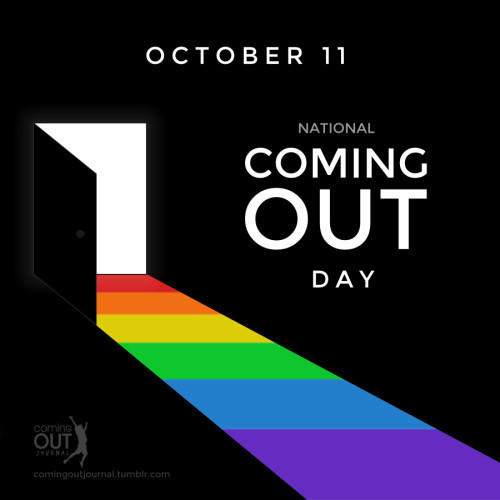 This year, October 11, 2021, marks the 33rd anniversary of national coming out day, celebrating people who identify as LGBTQ+ (Human Rights Campaign). The Human Rights Campaign confirms that when someone knows a person who identifies as LGBTQ, it inspires them to support equality. Also, HRC asserts that LGBTQ athletes, actors, and celebrities serve as inspirational models who encourage others to step into their light and express their highest truths — it emancipates the soul. That said, this article aims to clarify what it means to be LGBTQ+ and how to support the cause. So, what is National Coming Out Day if we do not understand the context behind the annual tradition?

Lesbian: A woman who is attracted to other women.

Gay: A man attracted to other men.

Bisexual: Someone who is attracted to two or more genders.

Transgender: A person who identifies with the gender opposite of their birth sex.

Queer: Any person who identifies as non-heterosexual.

Questioning: A person on the fence about their sexual orientation, gender identity, or both.

Intersex: A person who has sex organs from more than one biological sex.

Asexual: A person who isn’t or is slightly attracted to any gender – not the same as aromantic (lacks romantic attraction).

Pansexual: Someone who is attracted to anyone regardless of their gender.

Polysexual: Someone who is attracted to multiple genders.

Kink: Anyone open to alternative or unconventionality in their tastes.

Ally: A person who advocates for and supports LGBTQ+ rights

What is National Coming Out Day and Why Does it Matter 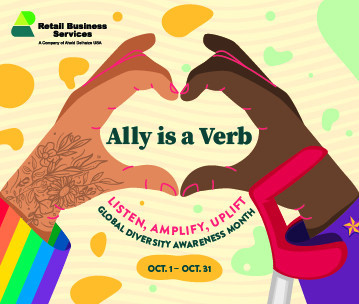 National Coming Out Day matters as it represents all the people who experience invisibility, persecution, or violence because of who they are. Speaking of which, we must love each other not despite who we are but because of who we are. Some people are impacted more by this day than others. Nonetheless, inequality affects everyone — it does not matter how each person identifies. We cannot say all lives matter until we put all black, brown, and LGBTQ lives on an equal playing field.

At the bare minimum, we must put our understanding on a national wavelength. Think about all the people who have experienced bullying, erasure, and death for embodying their core, for honoring their personhood. Minorities deserve improved representation from the majority. We must remember everyone is interconnected. As a result, speaking for the voiceless and inspiring them to find their voice makes the difference between life and death.

Because of this, national coming out day does not limit its ubiquitous influence to a 24-hour interval. In other words, the work to mend the institutionalized discrimination is a year-long project. To clarify, National Coming Out Day is every day, every year. So, yes, we might not ever get to the point where we abolish this insidious entity one-hundred percent, but we must focus on progress. We must set the intention to learn. First and foremost, being mindful of our implicit biases is the route to dismantling the throne of injustice. We cannot eliminate the problem if we refuse to admit we might be a part of the issue.

What Does National Coming Out Day Mean to Me? 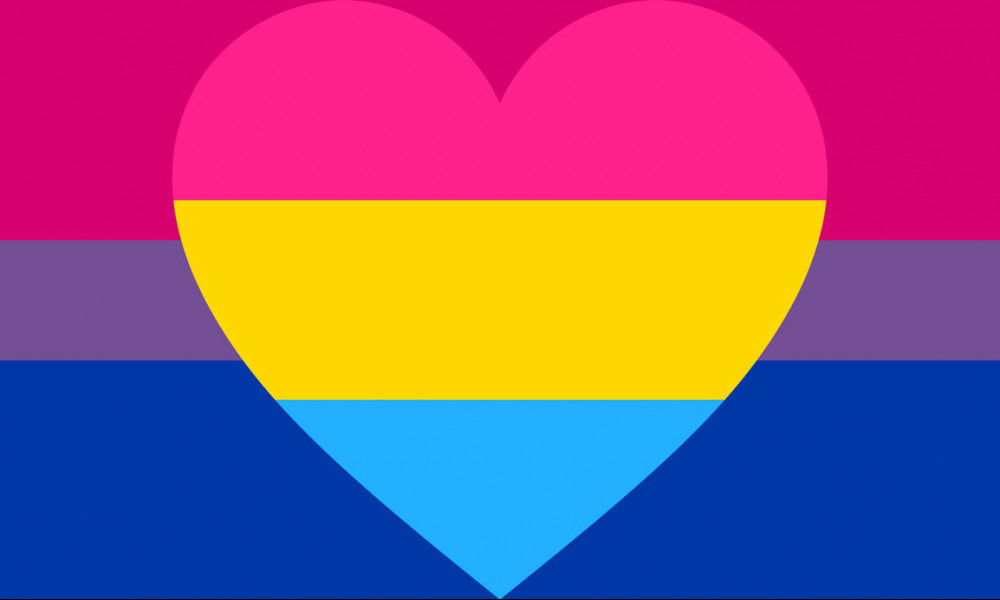 Well, I cannot speak for everyone. I have my fair share of empathy and sympathy, though. Nonetheless, I am an LGBTQ+ person. The reality of my childhood illuminated my eyes to who I am. I understand I never felt safe disclosing my identity. An element of invisibility drowned my demeanor and presence – I could only express my cisgender and heterosexual side. Why should we take or give sides if we need to embrace the spectrum of humanity? In my experience, I feared how other people would respond to me if I expressed the whole side of myself.

I am a bisexual panromantic who is open to polyamory – sorry, George Michael, monogamy is not the only viable, fun option.

Yes, I desire men and women, sometimes simultaneously. Other times, I have preferences for which gender I want more. Also, I am open to being in a relationship with anyone regardless of their gender (panromantic). If someone is a good person, I do not mind taking a chance on them. Don’t we all need a little love to sustain? I always categorized myself as a bipan. Yet, at the time, I thought it summed up the fence to whether I identified as bi or pan. Unbeknownst to me, this self-identification foreshadowed what bipan means: bisexual panromantic or vice versa. 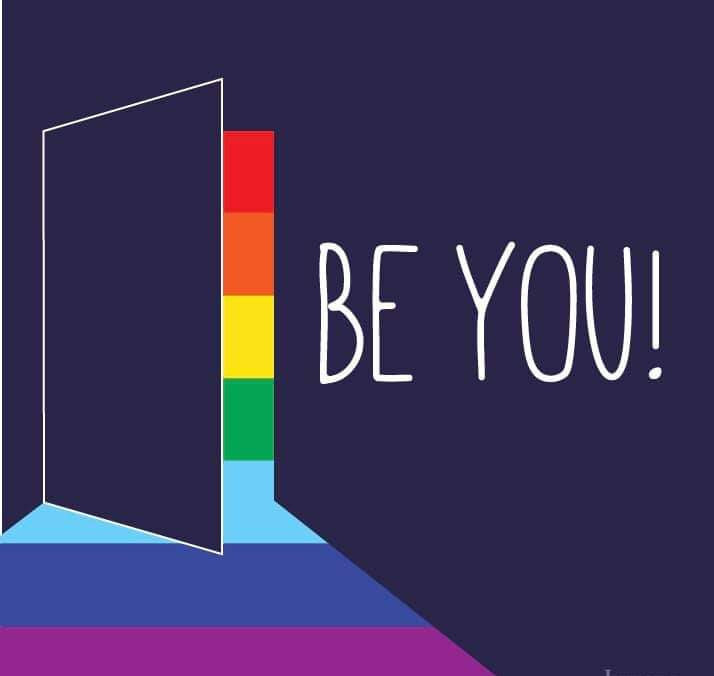 National Coming Out Day represents the freedom for one to be themselves with pride and honor. I can attest that listening to bisexual musicians and other gay icons empowered me to be the person I am today. I digress, but I searched high and low on the internet only to discover heterophobia does not exist – how can we fear straight people? Anyways, one of the worst challenges of embracing my non-heterosexual identity is my religious upbringing. Shame and guilt palpitate my heart.

Matter of factly, I am unsure if anyone on the maternal side of the family ever came out on official terms. I do not recall a single person declaring their ultimate sexual orientation or gender identity – even if that is undeclared. Before coming to this decision, I met opposition on all sides of the spectrum. If it wasn’t the accusation of not being gay enough, then it was the insinuation I was a coward for not telling all the family about my sexuality. Then again, is it worth the hassle? Is it worth the added psychological or emotional abuse? Why feel the brunt of abuse when I deserve much better?

I experience guilt because my mind thinks I must represent everyone. If I didn’t write this article, I would believe I am not contributing enough to my community – I don’t feel like I always belong here either.

So, I think making everyone feel welcome is one of the most vital steps to improving the quality of our community. Bi-erasure is a parasite to the heart. Of course, it doesn’t help for straight people to force us into binaries, but the same applies to gay people. Yes, part of coming out is discovering that no voice should be subject to any less representation than all the others.

What is National Coming Out Day: Being Brave and Bold 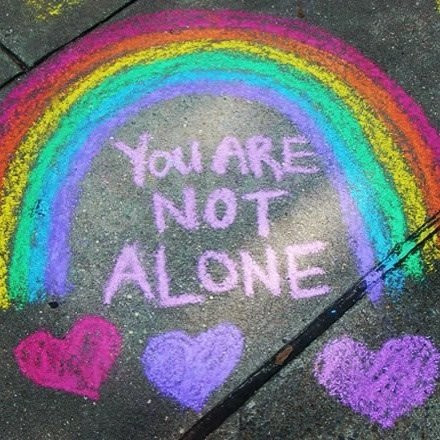 Even though some believe everybody is gay and coming out is commonplace, it is not as easy as the movies portray. Yet, if a straight person cannot relate, they could still experience empathy if they have LGBTQ+ friends and family. We can understand one another and reach a consensus because of our differences. Matter of factly, it is the ego that believes we are so individual that war must preserve our personhood. In the end, no party benefits from an institution of hatred, violence, misogyny, racism, persecution, xenophobia, and discrimination. We perpetuate the same crime to humanity. Where’s justice?

If people dare to come out, the rest should have the balls not to down them and gossip behind their backs.

Also, I think it is so immature to say, “I already knew” or “I already knew you were XYZ” when a person comes out. Invalidating another person’s experiences is wicked, and sadistic, and inhumane. Yet, if anyone ever encountered this form of abuse, please know we are in this together. All the people who wronged us will get their karma – we don’t even have to lift a finger. No matter how people treat us, we are worthy and deserving of the best life. We are not freaks of nature. We are all equally valid, healthy, and normal like any other human being.

Coming out takes a considerable amount of intelligence and tons of guts, grit, and greatness.

We are brave and bold soldiers. 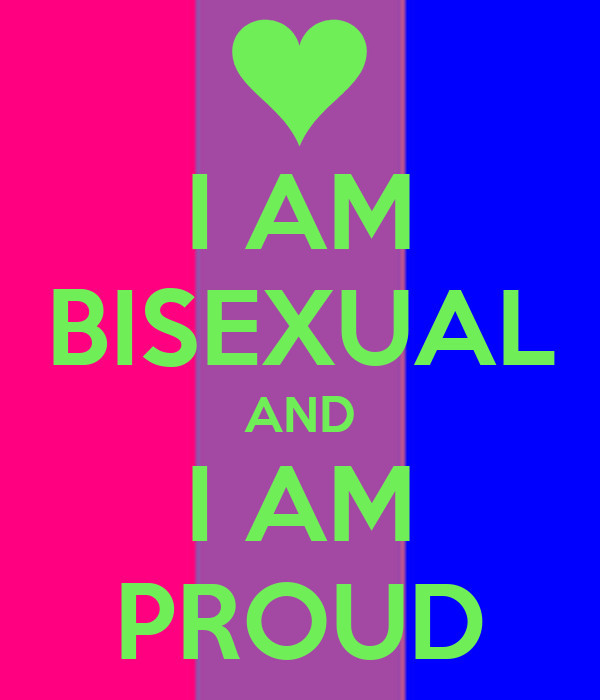 In the end, coming out is the bridge to removing the scales on our eyes, to unclipping the chains on our wings. We are eagles. We are the bigger picture of this movement. Above all, we are coming out of the cave and seeing the light of ourselves.

Sure, the sight blinds us at first, but that’s because our eyes must adjust from the darkness. Interestingly enough, shedding old skin and embodying the new is an integral part of the process. The more we fight change, the more it loves to challenge us. We must embrace the storm, the darkness, the war. We must note we are calm, light, and peaceful.

To reiterate, what is national coming out day? I think we can all argue this is the day to love every shade, color, and layer of who we are. At last, we must be mindful that we are not fighting for ourselves only. We are fighting for our future today.

I am so happy and grateful now that I am a bisexual panromantic male.

We are the champions, the eagles, the survivors, the silent majority, the warriors, the winners, the learners, the rainbow.